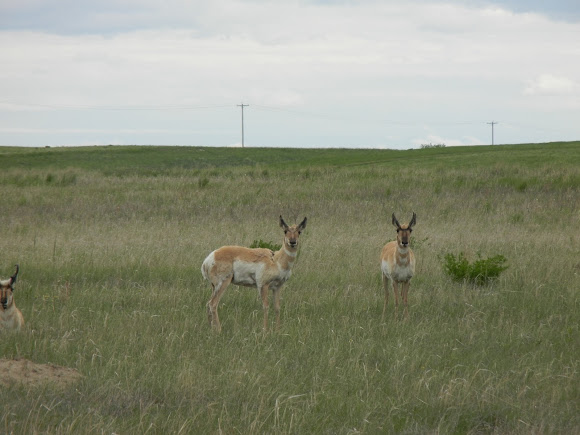 Group of Pronghorns alongside a railway track off Trans-Canada highway. Just east of Medicine Hat by about ten to fifteen minutes down the road.

Pronghorn evolved with the North American Cheetah that later became extinct. They are one of the fastest land animals in North America that have a specialized cardiovascular system.