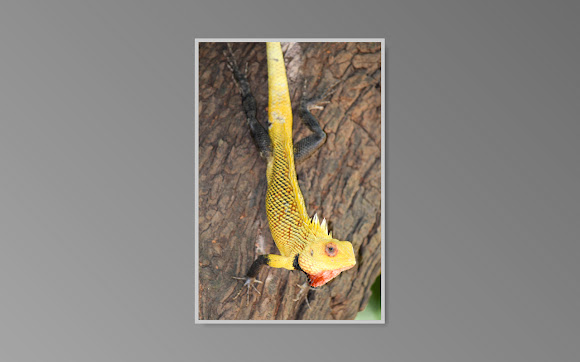 The Oriental Garden Lizard, Eastern Garden Lizard or Changeable Lizard (Calotes versicolor) is an agamid lizard found widely distributed in Asia. It has also been introduced in many other parts of the world. It is an insectivore and the male gets a bright red throat in the breeding season leading to a common incorrect name of "Bloodsucker".

The Changeable Lizard is relatively common and found in a wide range of habitats. They appear to adapt well to humans and are thus not endangered.

Looks like a common garden lizard, ive seen some with identical colourations as this, the shape and size of spines varies but this is likely one