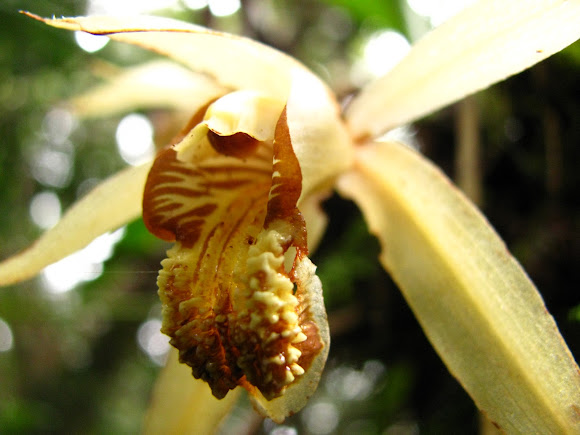 A yellowish-white orchid with brown markings in its, um... Just look at the picture.

Photographed in the jungles of Gua Musang, Kelantan, Malaysia. This species was previously very well known in cultivation as Coelogyne massangeana (named by Reichenbach in 1978). However, recent studies have shown the two are conspecific and thus Coelogyne tomentosa, named in 1854, takes priority.