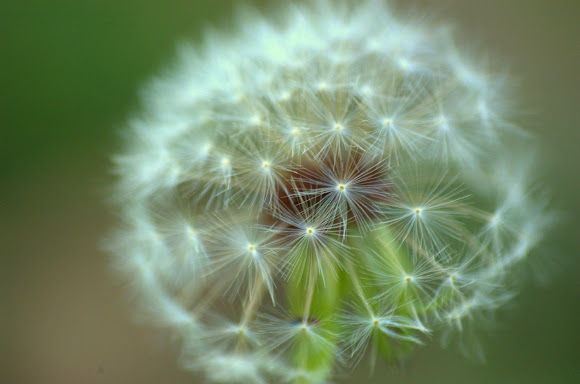 Taraxacum officinale, the common dandelion (often simply called "dandelion"), is a herbaceous perennial plant of the family Asteraceae (Compositae). It can be found growing in temperate regions of the world, in lawns, on roadsides, on disturbed banks and shores of water ways, and other areas with moist soils. T. officinale is considered a weedy species, especially in lawns and along roadsides, but it is sometimes used as a medical herb and in food preparation. As a nearly cosmopolitan weed, common dandelion is best known for its yellow flower heads that turn into round balls of silver tufted fruits that blow away on the wind.