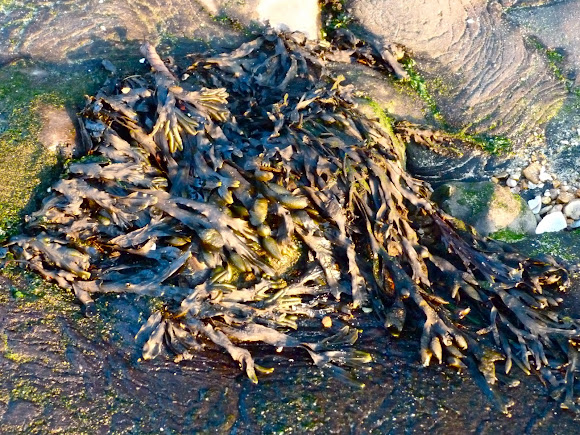 Fucus vesiculosus, known by the common name bladder wrack or bladderwrack, is a seaweed found on the coasts of the North Sea, the western Baltic Sea, and the Atlantic and Pacific Oceans, also known by the common names black tang, rockweed, bladder fucus, sea oak, black tany, cut weed, dyers fucus, red fucus, and rock wrack. It was the original source of iodine, discovered in 1811, and was used extensively to treat goitre, a swelling of the thyroid gland related to iodine deficiency.

Fucus vesiculosus is one of the most common algae on the shores of the British Isles. It has been recorded from the Atlantic shores of Europe, Northern Russia, the Baltic Sea, Greenland, Azores, Canary Islands, Morocco and Madeira. It is also found on the Atlantic coast of North America from Ellesmere Island, Hudson Bay to North Carolina.