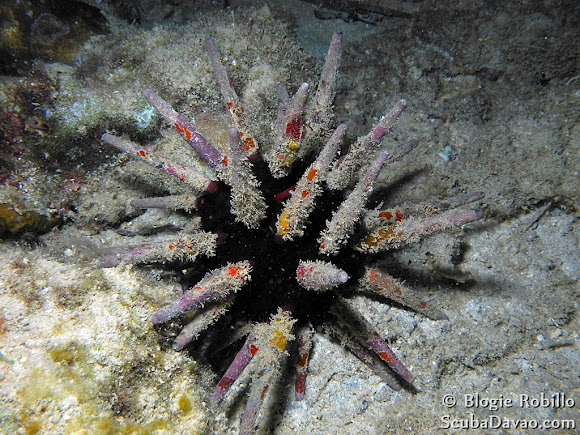 Also known as Imperial Urchin, Pencil Sea Urchin, Lance Urchin, Sputnik Urchin, Knobby Sputnik Sea Urchin, Mine Urchin and Land Mine Sea Urchin. They have a brown or black center with thick, blunt spikes; vary in color from place to place. They feed on invertebrates, sponges and even dead fish.

Found hiding in holes and hollows in coral and rock reefs during the day, they come out to feed only at night. Widespread in the Indo-Pacific region.

Each picture is of a different animal, but both shots were taken on the same night dive. I was at a depth of only 5m or so when I photographed them.