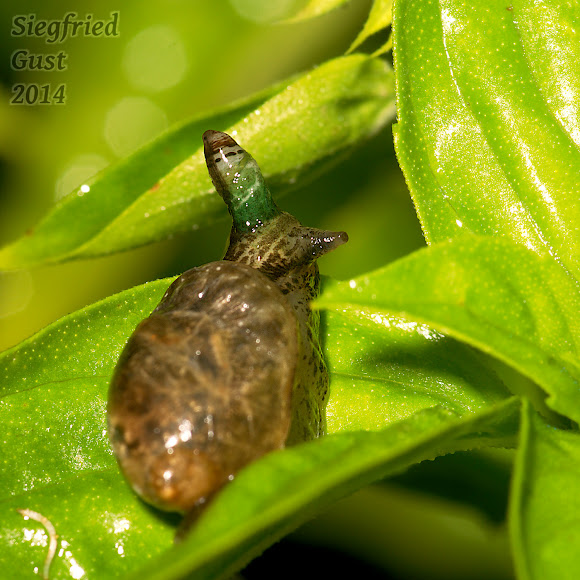 A parasitic worm infecting a snail and causing it to seek an exposed spot during the day while pulsating it's green egg sack inside the snails eye stalk. All in order to attract a bird to eat it along with the snail so that it can complete it's life cycle. For a more detailed description see the second link in the references. And the videos in the link below show the pulsating movement of the worm inside the snail.

Found on some basil plants in my garden.

Spotted this in the early morning, I snapped a few pictures before I had to leave. When I returned a couple hours later it was gone. I assume it was eaten by a bird. Higher resolution images and 2 videos can be seen here, https://www.flickr.com/photos/66454855@N...