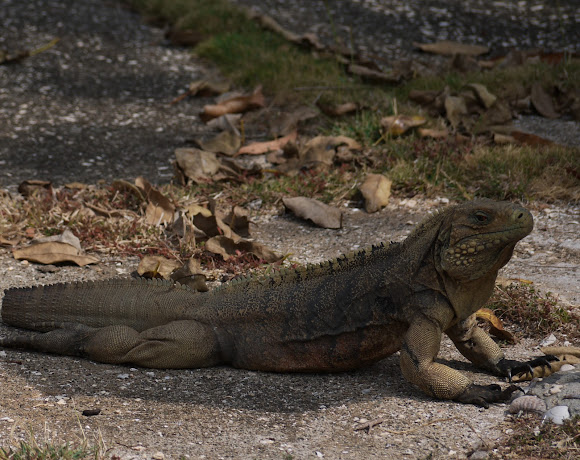 Cyclura nubila, also known as the Cuban rock iguana, Cuban ground iguana, or Cuban iguana, is a species of lizard of the iguana family. It is the largest of the West Indian rock iguanas (genus Cyclura), one of the most endangered groups of lizards. This herbivorous species with red eyes, a thick tail, and spiked jowls is one of the largest lizards in the Caribbean.