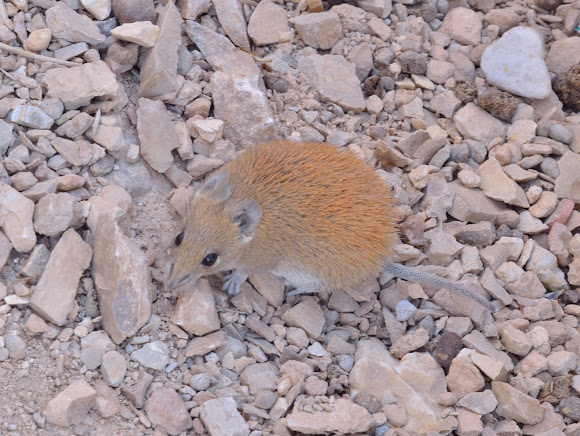 The Golden Spiny Mouse, Acomys russatus, gets its name from the reddish-orange spiny fur that covers it body from head to tail. Its flanks are yellow and its underside is pale. It has gray legs with pale feet and black soles. It is also described as having a small, but distinct white spot under each eye.