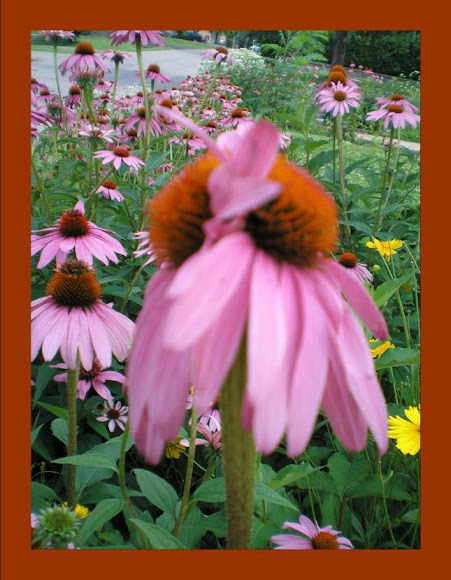 Echinacea purpurea (Eastern purple coneflower or Purple coneflower) is a species of flowering plant in the genus Echinacea.[1] Its cone-shaped flowering heads are usually, but not always purple.[2] It is native to eastern North America[1] and present to some extent in the wild in much of the eastern, southeastern and midwest United States.[3] It is also grown as an ornamental plant, and numerous cultivars have been developed for flower quality and plant form.[2]

Hoping for the flower to come back again has a Purple Rudbeckia Double Decker, thinking I might have helped a cross with a double Decker Purple Surfinia.

I have not yet seen another desecendant of this purple cone flower, more then 8 years have passed.

I have a spotting of a Gerbera daisy like this.