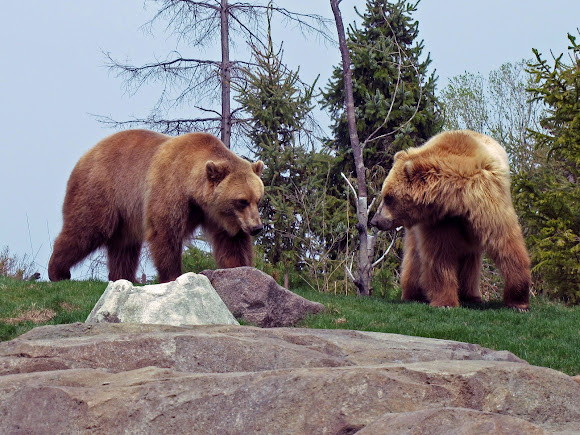 Although variable from blond to nearly black, grizzly bear fur is typically brown in color with white tips. A pronounced hump appears on their shoulders; the hump is a good way to distinguish a black bear from a grizzly bear, as black bears do not have this hump.

In North America, the species is now found only in Alaska, south through much of western Canada, and into portions of the northwestern United States including Idaho, Montana, Washington and Wyoming, extending as far south as Yellowstone and Grand Teton National Parks, but is most commonly found in Canada.

These playful young bears are in the Minnesota Zoo.