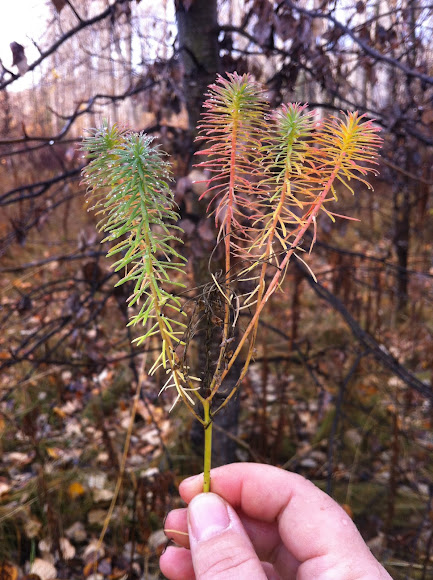 About 9 " tall. Leaves needle like but not hard like needles. Growing in a large clump with others of the same species. Stem woody, smooth with black specks (look like where leaves/needles used to be). Six stems from tip of plant, five with green leaves and centre one with dead stem with longer "needles" with black ball on end (looks like a fungus spore head). Any ideas?

Found in spruce/poplar forest underneath a spruce tree growing in a large group of like species.