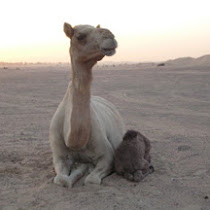 Find and clearly photograph one wild specimen that is predominantly found in the Arabian Peninsula of each of the following categories: - Plant OR Fungi - Mammal OR Fish OR Bird - Reptile OR Amphibian OR Arthropod Just 3 photos may win you the mission, but it is encouraged to find as many species, in each of the above sub-categories. Any species that is photographed in this region is accepted, however, bonus points are awarded to species found mostly (or exclusively) in the region. Identification, rare species, and good photos, are a plus! A great map and search tool for wildlife parks (zoom in to see more): http://www.protectedplanet.net/ Sign in to join mission

A call to find and record any and all wildlife found in the Arabian Peninsula and neighboring bodies of water. This is a major region that is usually underrepresented and overlooked, as are many desert areas, because life is just more hidden (mostly underground where the water is) and most of the time only temporarily (to escape the summer heat). The Arabian Peninsula sits in between three continents and just as many seas. It is not just comprised of a desert, it has many "oases", valleys, mountainous regions, island chains, and even tropical areas. Not to mention it sits next to one of the most lush underwater areas in the world (the Red Sea). Heed this call and be rewarded with the satisfaction of preserving this interesting and mysterious region for the world and generations to come!