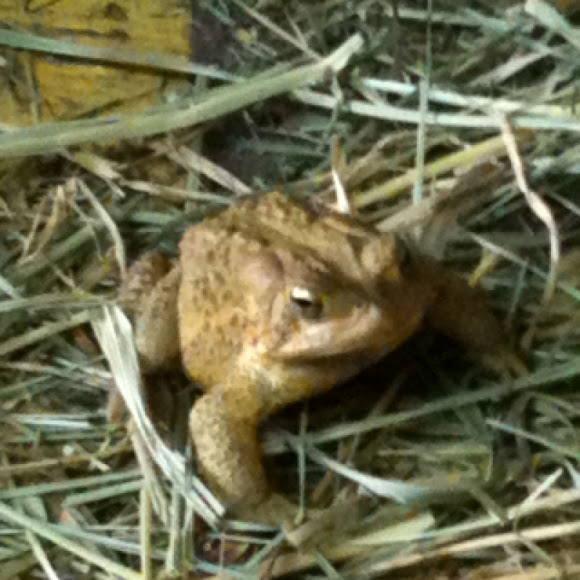 Found him on a bale of hay in my barn.

B. a. americanus American toad