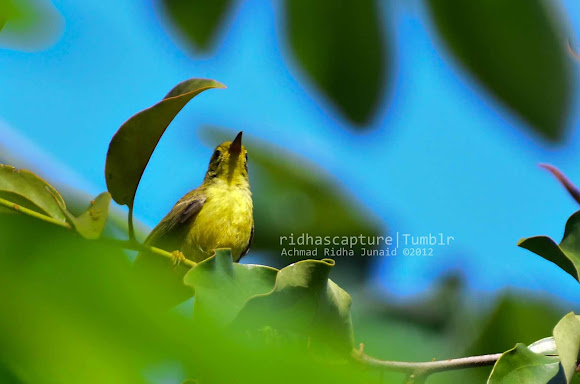 The Brown-throated Sunbird is a relatively large, heavy sunbird with a thick bill. Measuring some 14 centimetres (5.5 in) in length, it has a mass of 7.4–13.5 g (0.26–0.48 oz), with males averaging slightly larger than females. Like most sunbirds, the male Brown-throated Sunbird is more colourful than the female. The male has iridescent green and purple upperparts with chestnut on the wing-coverts and scapulars; it is primarily yellow below. The female is olive-green above and yellowish below.