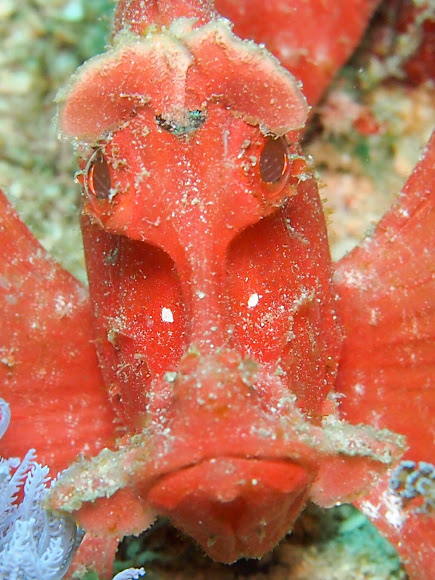 This scorpionfish, which occaisionally makes it was into the aquarium trade can grow to ~16 cm. Although some have raised questions as to whether R. eschmeyeri is a morphological variant of Rhinopias frondosa rather than a separate species, a 2006 study by Motomura and Johnson confirmed the species' existence and distinguished it from other members of the genus Rhinopias.

Walking on it's pectoral fins around the reef flat

When our dive guide, Mark from Sea Rider Dive Shop, Sabang spotted this, he made some very excited noises and did a little dance! Goes to show how rare and special it was to see this guy!

I have yet to find these guys!