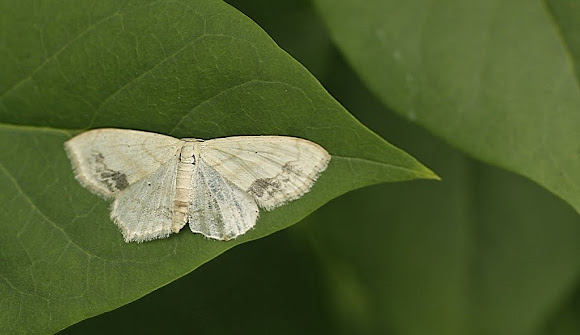 Scopula limboundata, the large lace-border, is a moth of the family Geometridae. It was described by Haworth in 1809. It is found in North America east of the Rocky Mountains. There is a single and unconfirmed record from Great Britain. - from Wikipedia

The wingspan is 25–30 millimetres (0.98–1.18 in). Adults are on wing from late May to late August or early September. The larvae feed on apple, blueberry, clover, dandelion, meadow-beauty, and black cherry. - from Wikipedia