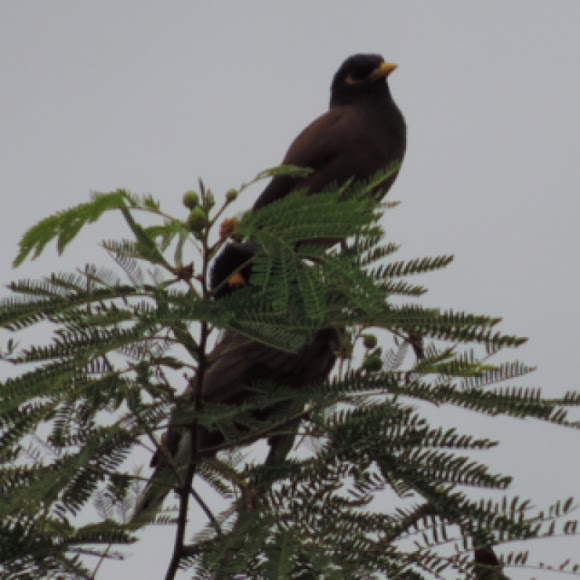 Common mynas are native to south Asia. Their natural breeding range is from Afghanistan through India and Sri Lanka to Bangladesh. Common myna was brought to Honolulu in 1866, in an effort to combat an agricultural pest, the cutworm moth, which was wrecking havoc on the sugarcane crops. The mynas were successful, as was their adaption to urban and suburban habitats; they quickly established themselves on neighboring islands. Every evening just before sundown, mynas (with the exception of incubating females) within a kilometer or so will meet up at the communal roost, which is typically in a tree with a dense canopy, such as a monkeypod or banyan. Here, they vocalize together in something called a communal noise