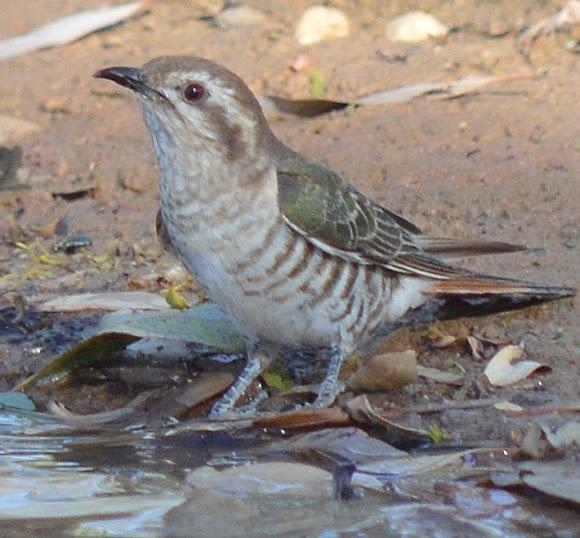 This species parasitises the nest of other small birds such as Fairy Wrens, pushing the original eggs out and laying their own. The original occupants raise the Cuckoo chicks as if they were their own, even though Cuckoo chicks are often much larger. It has been suggested that the banded strips on the front of several Cuckoo species may mimic those of predatory birds, possibly assisting in scaring parental birds from target nests.

Photo courtesy of my partner