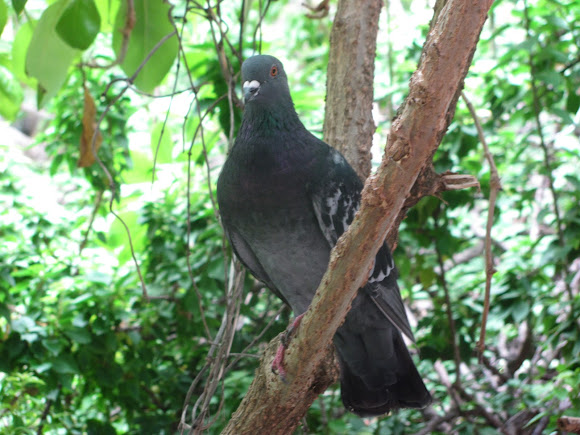 Pigeons and doves exhibit considerable variations in size. The largest species is the crowned pigeon of New Guinea, which is nearly turkey-sized, at a weight of 2-4 kg (4.4-8.8 lb) The smallest is the New World ground-dove of the genus Columbina, which is the same size as a House Sparrow and weighs as little as 22 g. With a total length of more than 50 cm (19 in) and weight of almost 1 kg (2 lb), the largest arboreal species is the Marquesan Imperial Pigeon, while the Dwarf Fruit Dove, which may measure as little as 13 cm (5.1 in), has a marginally smaller total length than any other species from this family. Smaller species tend to be known as doves, while larger species as pigeons, but there is no taxonomic basis for distinguishing between the two.

Pigeons and doves are distributed everywhere on Earth, except for the driest areas of the Sahara Desert, Antarctica and its surrounding islands and the high Arctic.