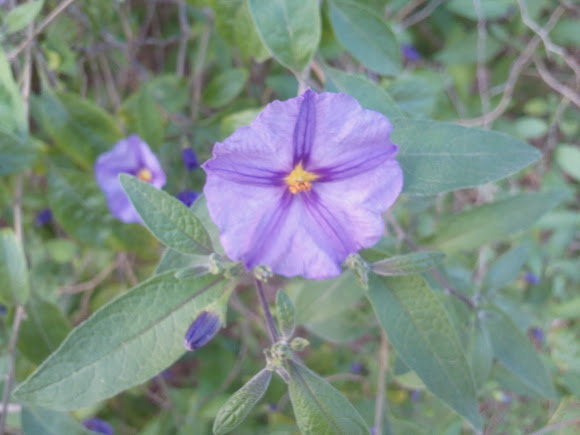 Lycianthes rantonnetii (Blue Potato Bush) is a species of flowering plant in the family Solanaceae. It is native to Brazil, Bolivia, Argentina and Paraguay.Cultivated as ornamental the world over.[1] The Blue Potato Bush is one of about 150 species in the genus Lycianthes, which are found mostly in tropical regions of the Americas, and others located in the Asia-Pacific region. Lycianthes is apparently closely related to the chili peppers (Capsicum). However, it was long confused with the nightshades (Solanum), and several little-known Solanum species presumably should be included with Lycianthes.