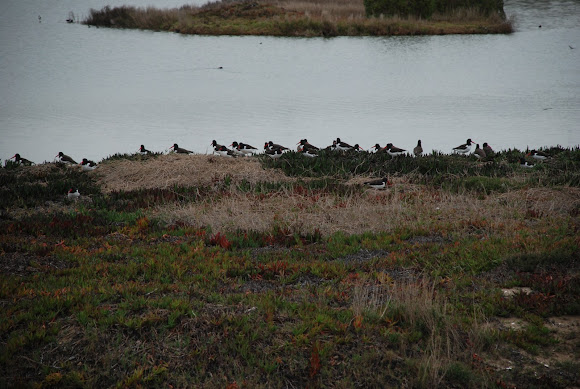 The bird is marked by its black and white body and a long, thick orange beak. This shorebird is approximately 19 inches (42 – 52 cm) in length.