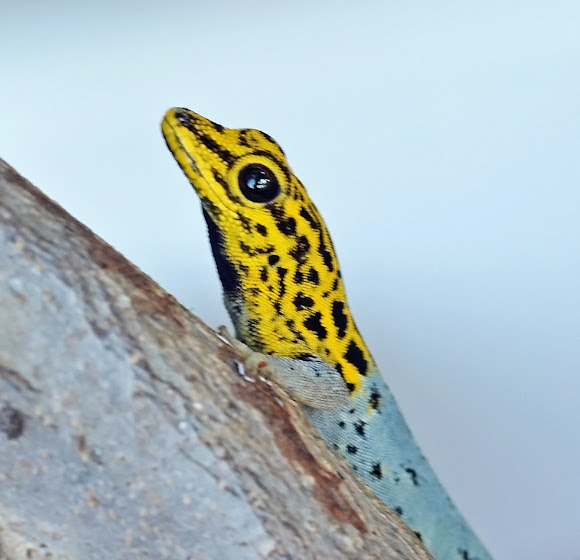 The Yellow-headed Dwarf Gecko is a small species of dwarf gecko with an average length of 80 millimetres (3.1 in). The body and tail are grey. Sadly, coloured geckos of the Lygodactylus genus have attracted the attention of the pet trade.

Rocky areas. Spotted here amongst rocks and trees near a remnant patch of coral rag forest by the beach. Distribution: southern Kenya, eastern Tanzania, and Zanzibar.

Lygodactylus is a genus of diurnal geckos with approximately 60 species, commonly referred to as Dwarf Geckos. They are mainly found in Africa and Madagascar although two species are found in South America. While Zanzibar Island is famous for its spices and coral reefs, it is less well-known for its terrestrial fauna, which includes many species of reptiles.

Thanks Dan and Goody! New species on Noah:-)

Cool! Strange how its body is all grey.