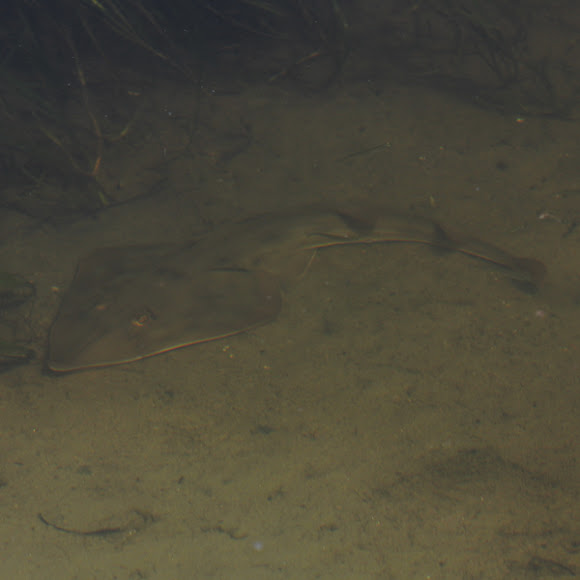 Intertidal Inshore waters and estuaries to 13m but recorded at 91m. On sand or mud bottoms. Occasionally in sea grass beds. Ranging from Eastern Pacific from central California (San Fransisco) to the Sea of Cortez. May be locally abundant forming large aggregations. This spotting was done at the Bolsa Chica Wetlands, an estuary and bird sanctuary located next to the Pacific Ocean.

This species of ray belongs to the order "Rajformes" and is most closely related to skates, wedgefishes and manta rays. http://en.wikipedia.org/wiki/Rajiformes