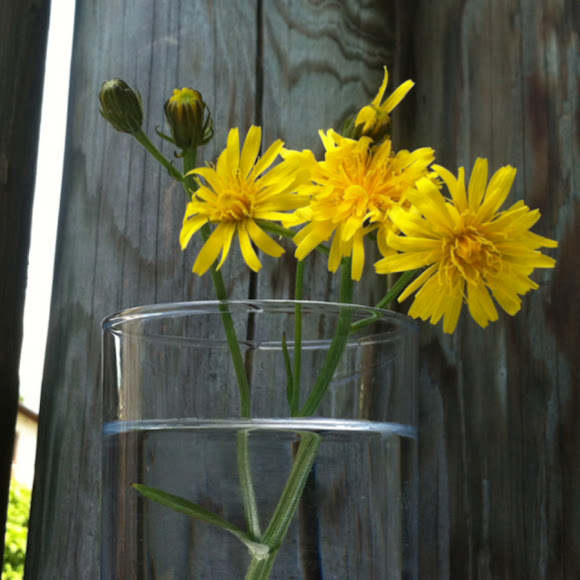 Crepis, commonly known in some parts of the world as hawksbeard or hawk's-beard (but not to be confused with the related genus Hieracium similarly appellated), is a genus of about 200 annual and perennial flowering plants of the family Asteraceae superficially resembling the dandelion, the most conspicuous difference being that Crepis usually has branching scapes with multiple heads (though solitary heads can occur). The name Crepis derives from Greek, meaning "shoe".