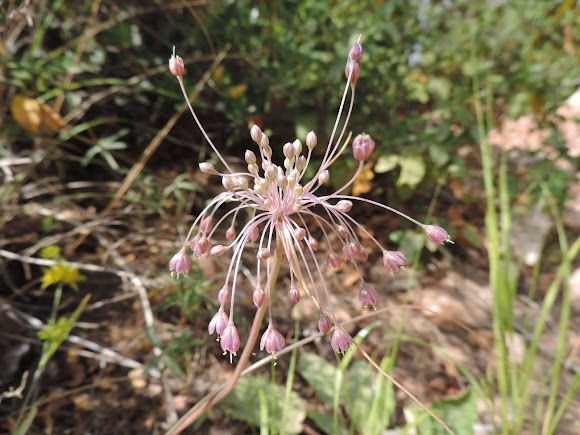 This delicate pink garlic was previously considered belonging to the European species A. stamineum. However a 1996 study established it as a separate species and named it A. daninianum to honour the prominent Israeli botanist Prof. Emeritus Avinoam Danin who sadly passed away last year. This species grows in Israel, Jordan, Syria and Lebanon. In Israel it is found in any habitat from Mediterranean shrubland to semiarid steppe.