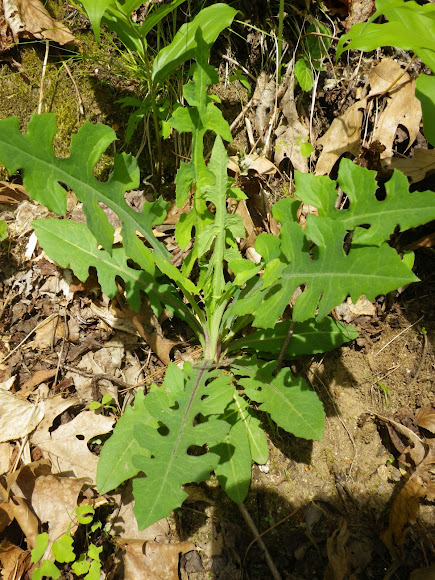 I could eat this one, it was so fresh and crisp, but it was on a side of a path where dogs are frequent, so I did not!! Serrated leafs and was not too far in seeding..

T. officinale is considered a weedy species, especially in lawns and along roadsides, but it is sometimes used as a medical herb and in food preparation.