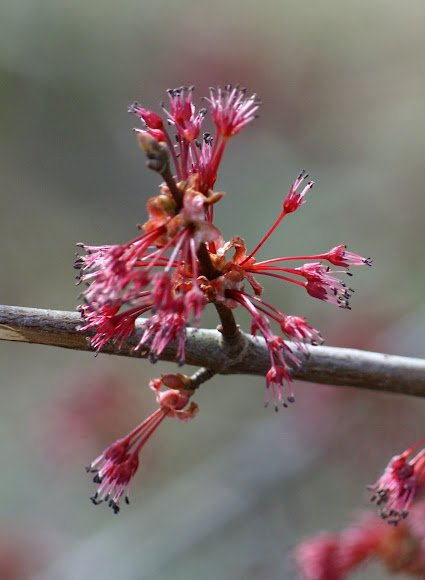 Red maple is one of the most common and widespread deciduous trees of eastern North America. This is the flowering structure of the plant. The flowers are generally unisexual, with male and female flowers appearing in separate sessile clusters, though they are sometimes also bisexual. They appear in spring from April to May, usually coming before the leaves.

This one was growing at the constructed stork ponds at the Silver Bluff Audubon Center near Jackson (Aiken County), SC.

It is also known as Swamp Maple and Soft Maple. The U.S. Forest service recognizes it as the most common variety of tree in America.