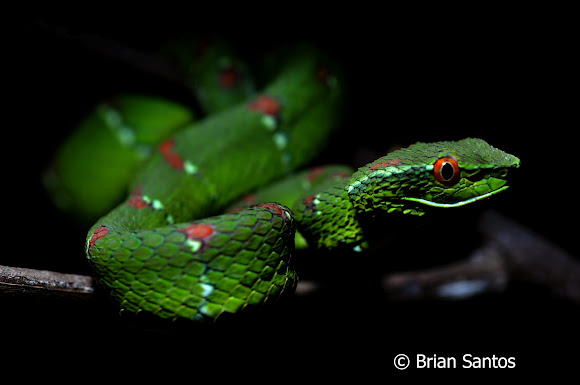 The pit vipers are actually a sub-family of the viperids. Known scientifically as he crotalines, consisting of about 150 species and making up the largest of the viper sub-families. (some taxonomist have argued in favour of separating he pit vipers into their own family the crotalids). They are distinguished from the true vipers by the presence of heat-sensitive pits on either side of the face. The familiar rattle snakes are pit vipers, as are the North American copperheads and all of the Latin American vipers. With the exception of the coral snakes, which are the only venomous snakes found in North America. Pit vipers are also common in southern Asia. They are not found in Africa (Flank, 1998).

ZebulonHoover - If you are serious about educating and breeding local species in captivity for conservation then I'm very much willing to help you.

Brian are you filipino? I just got here in November, and I'm trying to teach the locals not to kill the snakes. Also, I'm trying to get some snakes to breed and release the babies back into the wild.

Incredible photography! I love the orange and yellow stripes on its eye. Amazing that you got that level of detail!

Well, it used to be but because of the illegal trades and most of the locals kill them, it's getting harder to see them.

Hi Jason - Thanks for the comment. It took me a while before I came up with these photos.

Hi Maria, this is a different snake.

Is this the same snake as in your other spotting? Where did you see it?