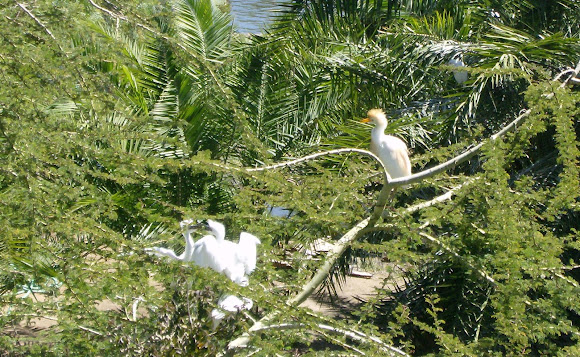 A small egret with short, all-yellow legs and a short yellow bill. In breeding season, adults develop colorful orange plumes. Unlike most egrets, follows cattle and other hoofed mammals, picking up the insects they stir up as they move through the grass. Originally from Africa, Cattle Egrets expanded their range across the Atlantic to South America and then up to the southern United States through the 20th century.