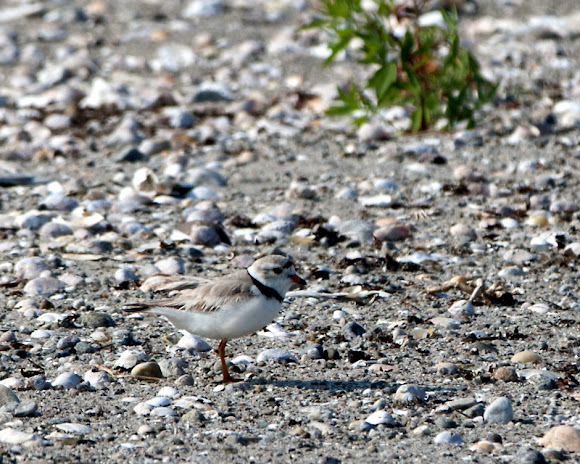 Piping Plover (Charadrius melodus) foraging in a nesting area (post-nesting season) and resting on dried seaweed at the high tide line. Photo 2 illustrates how difficult they are to spot in their habitat. << Generally, Piping Plovers will forage for food around the high tide wrack zone and along the waters edge. ... The Piping Plover (Charadrius melodus) is a small sand-colored, sparrow-sized shorebird that nests and feeds along coastal sand and gravel beaches in North America. The adult has yellow-orange legs, a black band across the forehead from eye to eye, and a black ring around the neck. This chest band is usually thicker in males during the breeding season, and it's the only reliable way to tell the sexes apart. It is difficult to see when standing still as it blends well with open, sandy beach habitats. It typically runs in short starts and stops. >>