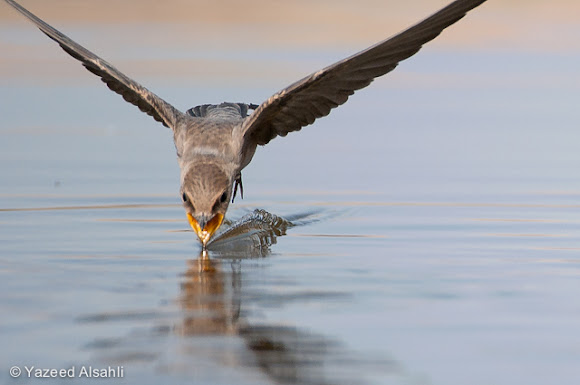 500px.com/photo/9492939 Crag Martin , The Eurasian Crag Martin or just Crag Martin, Ptyonoprogne rupestris, is a small passerine bird in the swallow family. It is about 14 cm (5.5 in) long with ash-brown upperparts and paler underparts, and a short, square tail that has distinctive white patches on most of its feathers. It breeds in the mountains of southern Europe, northwestern Africa and southern Asia. It can be confused with the other two species in its genus, but is larger than both, with brighter tail spots and different plumage tone. Many European birds are resident, but some northern populations and most Asian breeders are migratory. The Eurasian Crag Martin builds a nest adherent to the rock under a cliff overhang or increasingly onto a man-made structure. It makes a neat half-cup mud nest with an inner soft lining of feathers and dry grass. Nests are often solitary, although a few pairs may breed relativity close together at good locations. Two to five brown-blotched white eggs are incubated mainly by the female, and both parents feed the chicks. This species does not form large breeding colonies, but is gregarious outside the breeding season. It feeds on a wide variety of insects that are caught in its beak as the martin flies near to cliff faces or over streams and alpine meadows. Adults and young may be hunted and eaten by birds of prey or corvids, and this species is a host of blood-sucking mites. With its very large and expanding range and large population there are no significant conservation concerns. This bird is closely related to the other two crag martins which share its genus, and has sometimes been considered to be the same species as one or both, although it appears that there are areas where two species' ranges overlap without hybridisation occurring. All three Ptyonoprogne crag martins are quite similar in behaviour to other Old World swallows that build mud nests, and are sometimes subsumed into the larger genus Hirundo, but this approach leads to inconsistencies in classifying other genera, particularly the house.

wintering in northern Africa, the Middle East or India.

Awesome photos. Thanks Yazeed for sharing.

its cool how his mouth is open like that

Great BIF photos! I love the reflection in the second photo!