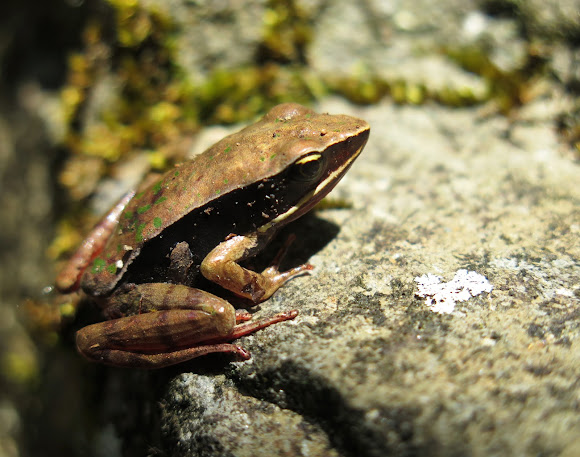 This is a diurnal species associated with small streams in humid lowland, montane and gallery forest. It is found wherever patches of forest remain.

Once a common species, it initially declined in many montane areas of Costa Rica. It disappeared from Tapantí and the higher regions of Monteverde by the late 1980s, and disappeared at the same time from San Ramón Reserve but reappeared in 1994.