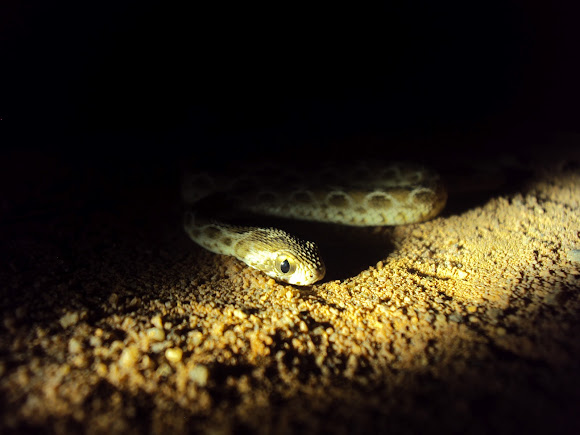 scales strongly keeled,short and stout.vertical pupil indicating nocturnal nature of the snake.Distinct arrow shaped marking on head can be used to differentiate similar looking common cat snake and Russel's viper.when provoked coils up in a semi-circle shape and bites very rapidly. one of the big four venomous snake in India.Bite will ends up in envenomation and no single case exist of dry bite.They typically produce sawing sound by rubbing highly keeled scales together.

Found mostly in dry and sandy parts avoids water and seen more in numbers after rain.

This snake was found in the middle of the road after examination i thought that it was dead as you can see from the picture that its pupil has dilated. So i moved it along roadside and took this pic i thought of giving it some water and poured some drops in its body suddenly it jerked off and disappeared into bushes that i couldn't even take a single picture.Nature is really strange :)