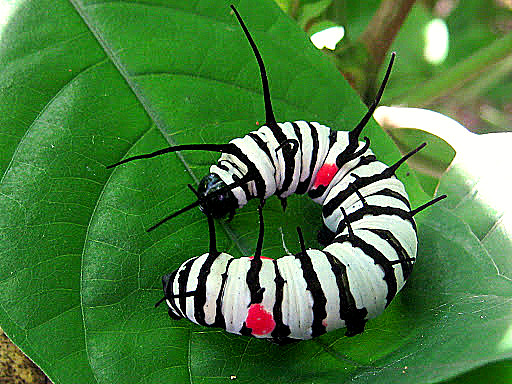 @Andres: Thanks!
@Agnes: Sure!

Hello Noel.. would love to have this in our Butterflies in the Philippines mission (http://www.projectnoah.org/missions/1555...). Thanks!

Wow these ones are amazing

Thank you for the information, Noel. I have personally raised and photographed the immature stages of I. leuconoe from egg to adult on several occasions, most recently from the Philippines (courtesy of a colleague) and Taiwan (my home for nine years). I also possess images of I. hypermnestra larvae, both light and dark forms, that were shared by fellow researchers and rearing associates. Since much of this study is unpublished, members interested in substantiation should consult the following scientific literature:

FYI, butterfly parks often import pupae from other countries to supplement resident species, which can certainly produce "unnatural" results if the facilities aren't carefully regulated. Witness Thailand's Phuket Butterfly Garden and Dryas iulia, a beautiful South American escapee whose descendants have spread southward and are now colonizing Malaysia. I've never been to Quezon City, and was simply voicing the disconnect between what is reported for the Philippines and what your fine photos show. Thanks again for sharing, Noel!

Thanks martini for the info. Now, the jury is still out on this one. Peace!

Here is a wiki image of Idea leuconoe http://commons.wikimedia.org/wiki/File:I...
The caterpillar does seem to have numerous red spots in soe images
http://tcfarm.blogspot.com.au/2010/03/ri...
http://www.pawsforwildlife.co.uk/rice_pa...
Idea hypermnestra larvae have darker banding according to http://bpals.blogspot.com.au/2001/01/ide...

This caterpillar is a perfect match for Idea hypermnestra (light form) . . .
http://farm9.staticflickr.com/8294/75806...
. . . rather than I. leuconoe:
http://farm9.staticflickr.com/8425/75806...
Note number of filamentous processes and pinkish spots. Since I. hypermnestra doesn't occur in the Philippines naturally, I wonder if these photos were taken inside a butterfly house or tourist exhibit.

Beautiful caterpillar; its colours and pattern are amazing. Thank you for sharing and great pictures Noel =)

good photo !
I enjoyed to look at this