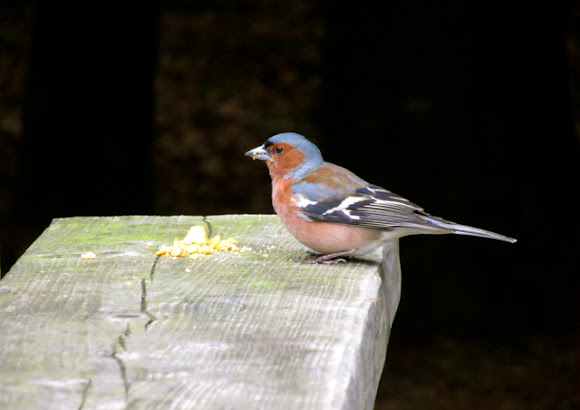 This bird is widespread and very familiar throughout Europe. It is the most common finch in western Europe, and the second most common bird in the British Isles. Its range extends into western Asia, northwestern Africa, and Macaronesia, where it has many distinctive island forms. In the Canary Islands of Tenerife and Gran Canaria, the Common Chaffinch has colonised twice, giving rise to the endemic species known as the Blue Chaffinch and a distinctive subspecies. In each of the Azores, in Madeira, and in the rest of the Canaries there is a single species on each island. (Wikipedia)

Thanks for your comments!
Despite being a very common bird, I'm not used to see them where I live.

I didn't know we have these beautifully coloured finches in The Netherlands, my old home-country! Nice capture!