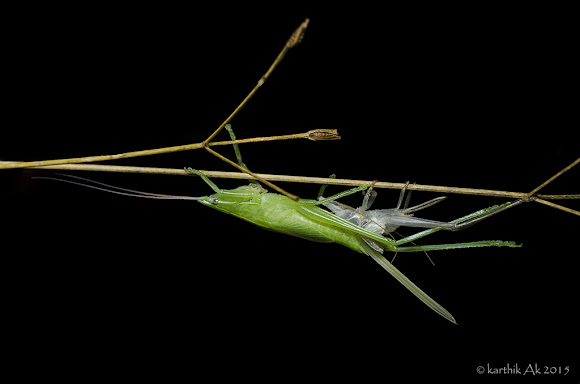 During one of the weekend night walk in the field found this hopper almost completed its moulting. It was a chill winter night. There were dew drops on the grass blades and on other insects. I had seen the moulting of a hopper from midway a few weeks back in the evening. The conditions were not good for photography, however took a few record shots and observed the entire process. After that i had not thought of it. Few weeks later saw around 7-8 hoppers moulting at the same time. Dont know what triggered all of them to moult at the same time. Weather conditions might have a role in this!!