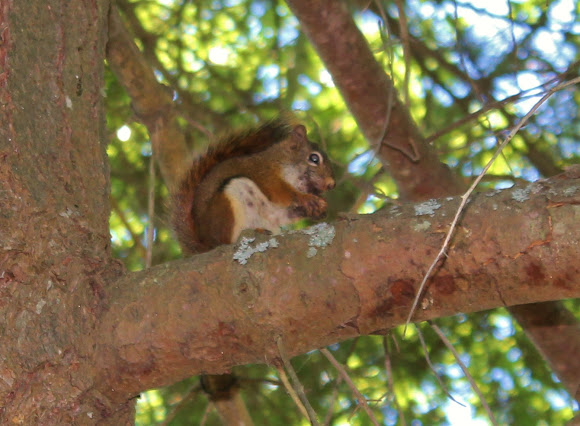 This squirrel defends a year-round exclusive territory. The diet of these tree squirrels is specialized on the seeds of conifer cones. As such, they are widely distributed across North America wherever conifers are common, except on the Pacific coasts where they are replaced by Douglas Squirrels. Recently, American red squirrels have been expanding their range to include primarily hardwood areas. This photo was taken in the Kawarthas which is a region with many pine trees.