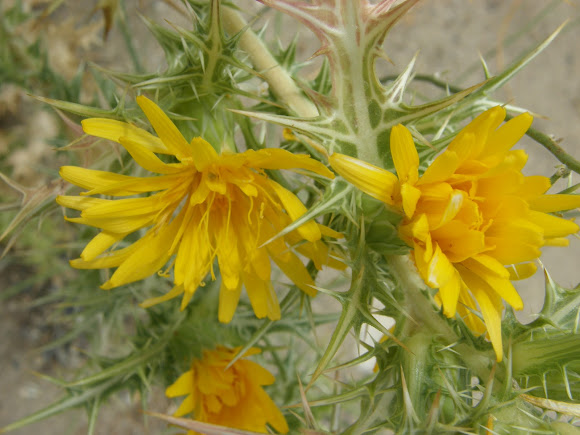 It is a herbaceous biennial or short-lived perennial plant growing to 80 cm tall, with spiny stems and leaves. The flowerheads are bright yellow to orange-yellow, 2–3 cm diameter. This plant has been known for medicinal and culinary uses. Although it has been cultivated at times, currently most of the plant which is consumed comes from harvesting of wild plant. Very popular in almost every province of Spain, where it's usually eaten in stews during Spring time. It's also used in salads, soups and with scrambled eggs in Andalusia, Spain, where it is called "tagarnina". In the sixteenth century in Salamanca, the washed young plants used to be eaten with their root, either raw or in stews with meat.