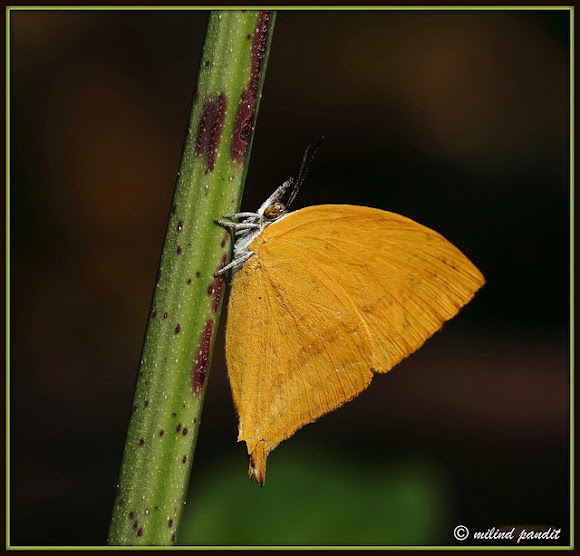 This picture has a story to it ! While we were butterflying at Mt.Harriet, Andaman Islands this Yamfly was being continuously chased by a Andaman Drongo (Dicrurus andamanensis) . The bird almost got this specimen but it somehow managed to get away at the cost of part of its tail. When I took a pic of this specimen, it has was still recovering from the shock and I could still see the fear in its eyes ! With a wing span of 36-40mm, this jewel has a lazy weak flight.

Ref - The Book Of Indian Butterflies by Mr.Issac Kehimkar.