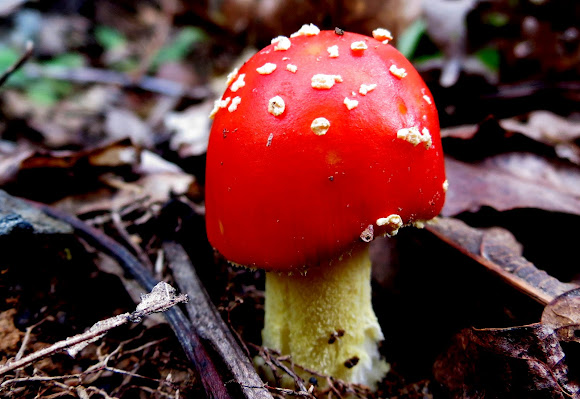 Amanita muscaria, commonly known as the fly agaric or fly amanita , is a poisonous and psychoactive basidiomycete fungus, one of many in the genus Amanita. Wikipedia

Cosmopolitan species. This specimen was found in a moist forest in Rosman NC.