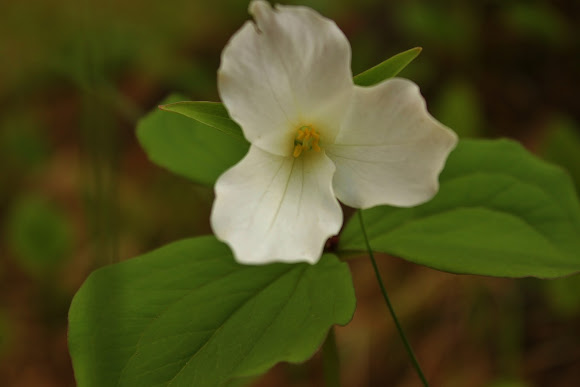 The White Trillium is a perennial plant in the lily family. It is easily recognised by its attractive three-petaled white flowers, opening from the late spring to the early summer.

The plant is most common in rich deciduous and mixed upland forests. It is native to eastern North America, from northern Quebec to the southern parts of the United States through the Appalachian Mountains into northernmost Georgia and west to Minnesota. It also thrives on Vancouver Island in British Columbia. There are also several disjunctive populations, such as in Nova Scotia and Iowa.