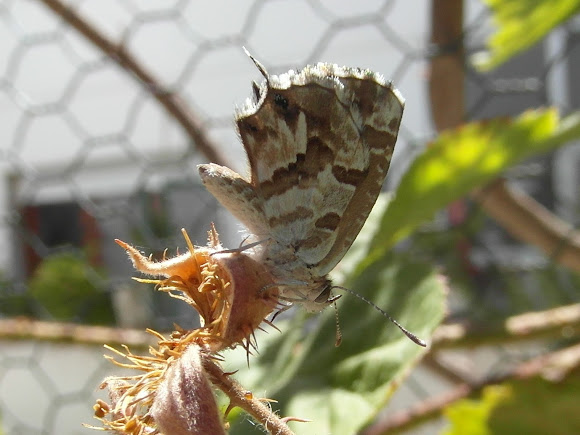 Presumed to have arrived from South Africa on imported Pelargonium plants. Arrived in Europe in the early 1990s and has spread around the S European coasts from Portugal to Italy. In France it extends to Lyon where it is common throughout the city, at least in 2006. Almost certain to extend further east and possibly north - records from the southern slopes of the Alps indicate it may establish itself in Valais, Switzerland and similarly from Lyon perhaps moving into Geneve. Recorded from further north, as far as S England. Probably importations with the larval foodplant account for these records. Also recorded from Morocco, around the city of Tarroudant.

A little butterfly in a Raspberry.

Thanks for the information ClaudiaS.