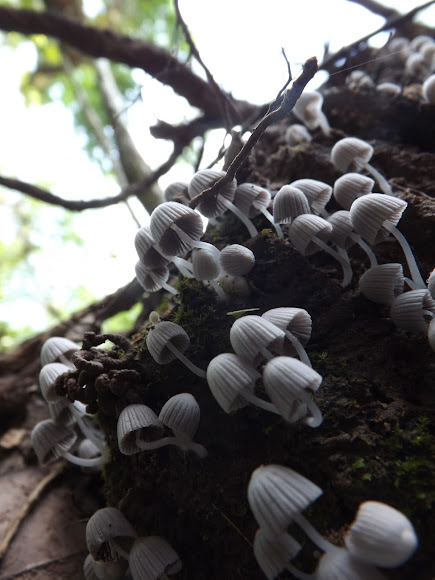 Found in two locations: one on the leg of a wooden table (the wood was probably collected from the same area, i.e. native), and one near the base of a tree. There were no conifers in this hardwood forest.