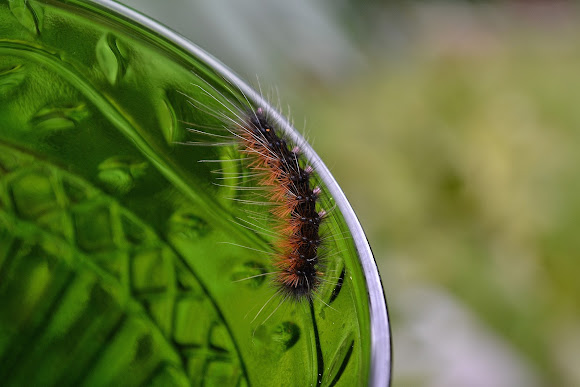 Arctiidae is a large and diverse family of moths with around 11,000 species found all over the world, including 6,000 neotropical species.This family includes the groups commonly known as tiger moths (or tigers), which usually have bright colours, footmen (which are usually much drabber), lichen moths and wasp moths. Many species have 'hairy' caterpillars which are popularly known as woolly bears or woolly worms.

Many of the caterpillars and adults are active during the daytime. If disturbed, woolly bear caterpillars will roll into a tight spiral.