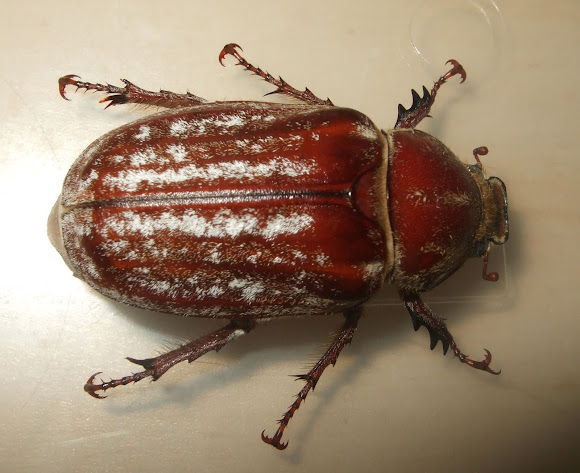 A reddish brown fat beetle about 2.5cm long. It has faint, poorly defined, white stripes in it's back which on close inspection appear to be fine hairs.

We arrived back from holiday and discovered this bug the following day when unpacking. In addition to information from EOL I've also corresponded with the Liverpool World Museum Entomology Dept who suggested this ID.