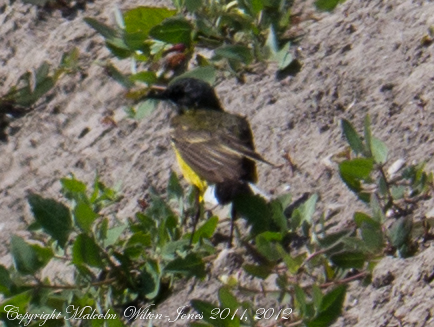 Also known as Western Yellow Wagtail (Black-headed). There are 12 sub-species of Yellow Wagtail with wide plumage variations between them making identification fairly easy. Several of them pass through Spain on migration and can be seen at their stopover points on the east coast marshes. This one is rather rarer as the majority of these migrate through the eastern end of the Mediterranean to spend summer in eastern Europe. Just a few are recorded in Spain each year.