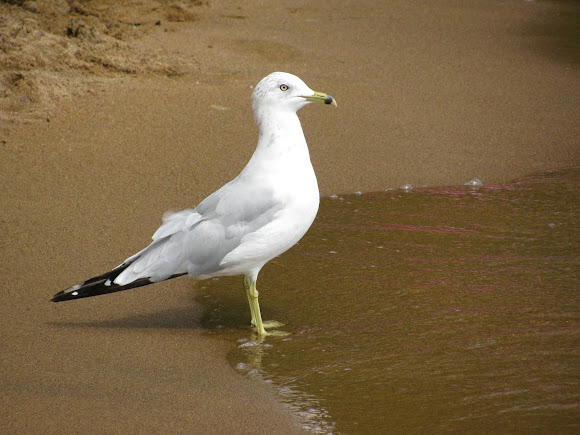 A small and all-too common visitor, the Ring-billed Gull, Larus delawarensis, seemingly can be found wherever people or water can be found. In this bird's case, it is enjoying the best of both worlds! The gull is characterized by a black ring around its yellow beak.

Found along the beach of Sebago Lake State Park. This is by far my favorite bird spotting in my own collection.