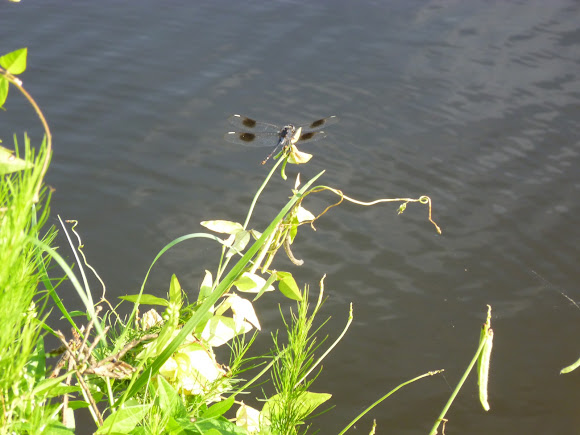 Four-spotted Pennants are most easily recognized by the combination of a single dark patch in the middle of each wing and a white nodal bar. It is widespread and common throughout its range with a stable population.

Native to Florida. I found hundreds of these flying about the park today. From a distance it appears as a swarm of dragonflies.