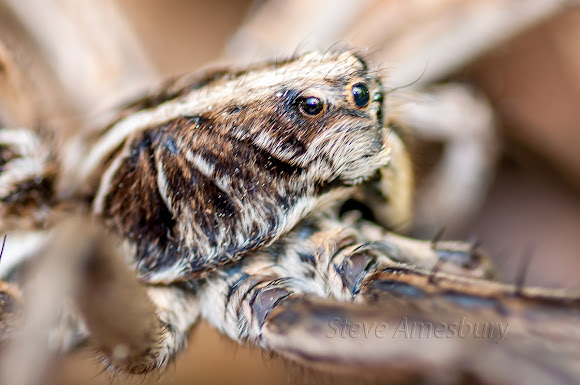 Like most wolf spiders, this species has distinctive patterns of dark markings on their upper body surfaces and a pair of large eyes (plus six small ones) that give them good forwards vision.

Wolf spiders are found around the world. The garden wolf spider, Lycosa godeffroyi, is one of the most widespread species of wolf spider in Australia and common across the southern and eastern mainland.

Wolf spiders tend to wait just inside the entrance of the burrow and "hunt" for their prey rather than building webs. When the spiderlings hatch out they crawl onto the female's upper surfaces, almost completely covering them. It is presumed this serves as an efficient means of dispersing the young spiders.